I spent the weekend cleaning and remodeling my studio... It was totally unplanned, I meant to do other stuff... but I brought a new drawer chest and there was no way I could fit it into my already crowded craft room... Just take a look. 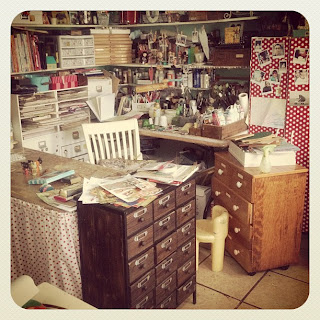 So I tried to move a bookcase, and It collapsed (I know, I know, I should have removed the books first but you know me... I'm impulsive like that...).  Anyway, with no bookcase there was plenty of room for my jewelry station! I've wanted one ever since I started making jewelry and I didn't have the space... but with no bookcase there was enough space If I moved the red polka dot cabinet somewhere else...so I did and guess what? My table was exactly the same size as the empty spot! 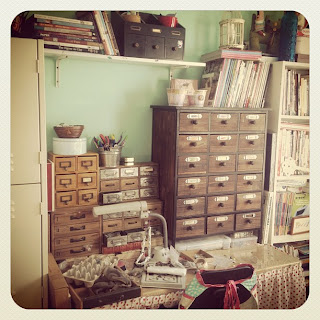 So I moved the table that used to be behind me when I painted... put all my little drawers on it, and ta-da! Jewelry station ready! 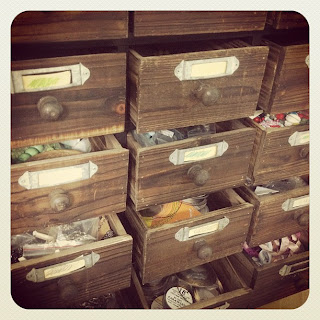 I'm still organizing all my beads and jewelry-related stuff, but I had the great idea of adding colored labels instead of names to the drawers, being extremely visual, it is a lot easier for me to find what I'm looking for just by looking at the color in the drawer label. 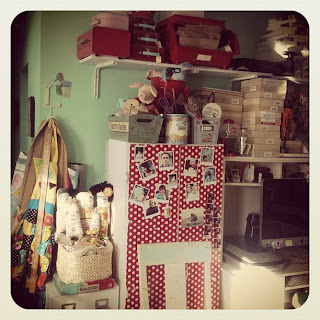 And the polka dot cabinet fit in the empty spot and I still had some space to add other stuff. 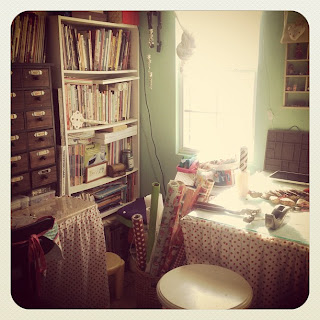 So now with a jewerly station I still had the problem of where to put the other drawer cabinet... so I had to make some more moves around here... 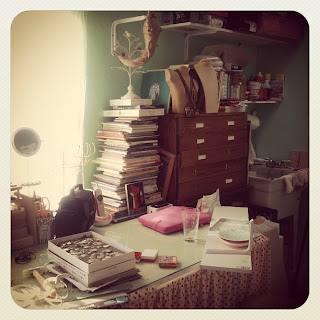 Some stuff here, some there, books here, books there... and finally the drawers had their space. 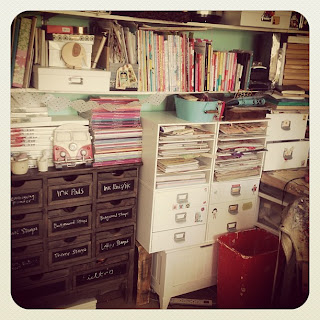 I think that some things are just meant to be... because that drawers fit magically where I used to had 2 bar stools that were holding the canvases! 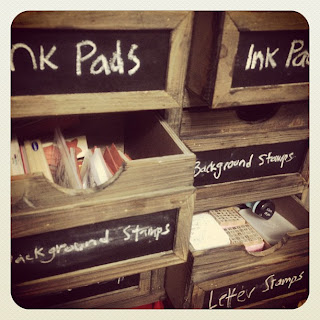 Now I have so much free space in the middle of the room that I can't believe it! I want to lay down and make some snow angels hehe... but I think a tall chunky table will be the next step...

What about you? How did you spend your weekend?

andrea creates said…
that's great how it all came unexpectedly together!

Unknown said…
Looking good Danita! I struggle with my studio space - I've out grown it so I have to be creative with limited space. :o) One small adjustment = 1/2 a day cleaning and purging and rearranging.
8:59 AM

Unknown said…
i agree...it was a magical event! i love it - your organized creative chaos!
now im inspired - my space is a disater!
12:59 PM

Kathryn Zbrzezny said…
I am in LOVE with those little drawers! Your workspace is soooo inviting, danita!
3:31 PM

eigenleben said…
*Smile* I did nearly the same - but I did it on Friday... I really like all the different storage drawers! I remembers me that I have some old library card drawers stored in somewhere - I think I will going to find them and mix them together! Thanks for inspiring me!!! Haaaappy!!!
6:19 AM 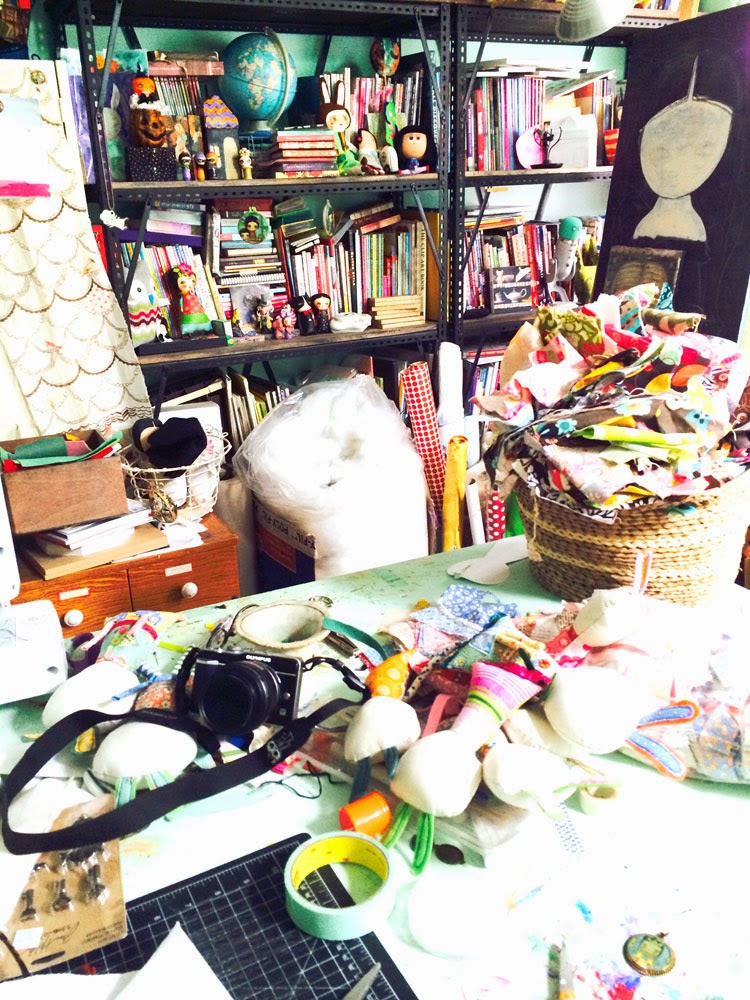 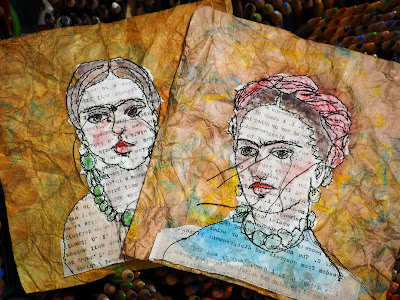